The iconic Myer building sign that once overlooked the current site of Coorparoo Square shines bright once again!

Originally manufactured and installed in the 1960’s the Myer corporate sign, a landmark synonymous with the local area, was temporarily removed during construction of the shopping centre and has been lovingly restored. “It’s now reclaimed its prominent position atop the aptly named Myer Lane,” says Peri Macdonald, Executive General Manager of Retail at Frasers Property Australia.

Albert Smith Signs were proud to have been chosen to restore and re-install this iconic Brisbane landmark – the illuminated sign is a history lesson of how building signs were made back in the in the 60’s. As they say “they don’t make ’em like that anymore!”

The corporate signage is manufactured from riveted and crimped together iron and the white and red colours are porcelain enamel (think bathtubs), you’ll agree that the original colours have lasted incredibly well for its 58+ years.  The channel letters were originally illuminated by neon and it has been replaced with same in keeping with the historical significance of the sign. The new “Lane” sign underneath “Myer” was made to replicate the style of the Myer lettering.

Being that the overall size of the building sign was 9m x 4m and weighed approximately 3 tonne, transport and installation was a challenge.  The sign was transported in the early hours of the morning with a pilot, the street underneath was closed to allow the 100 tonne slew crane to lift the high level sign into position for our rope access install team to finalise the installation.

We can deliver – we have the experience and capabilities! 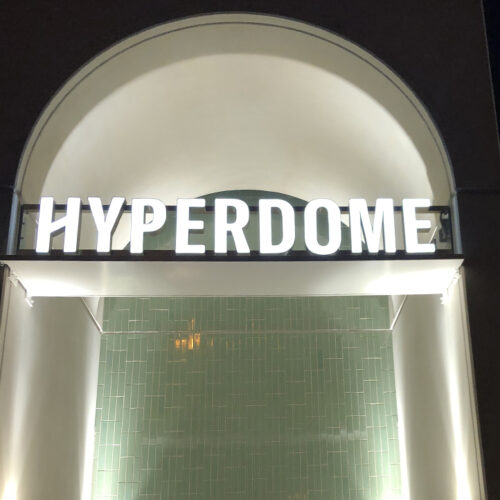 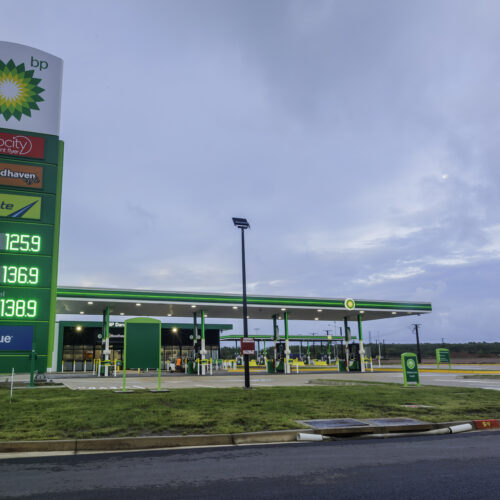 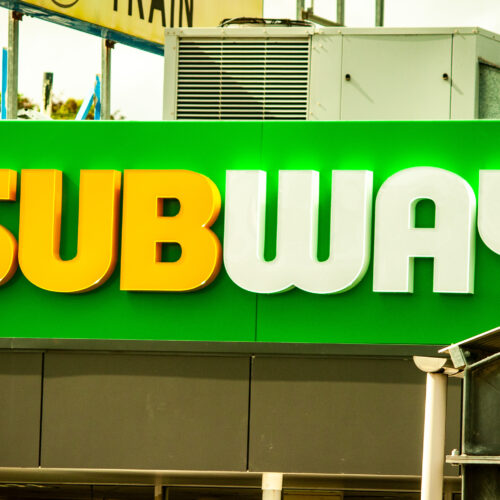